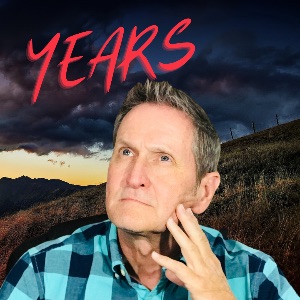 As I reflect on the 33 plus years that Ruth and I have been in Muncie, a lot of thoughts go through my mind. I hope that for the most part folks have been blessed and received the strength to live for God and the clarity of direction that shows which path to walk in as we travel toward our ultimate destination.
I remember as Ruth and I arrived in Muncie we realized that we had big shoes to fill, with Brother Harry and Sister Christeena Slattery having paved the way for us at the Gethsemane Apostolic Church.
Through the 90s there was much work to be done as we set forth the vision for the years to come. Because we were new, we had a lot of learning ahead of us. The body of believers came together to help us chart a course that included a new location, a new facility and a new name.
Because of that we moved to 3708 W. 26th Street to our new building in the fall of 1997. In the spring of 1998, friends came from near and far to help us dedicate our new Victory Temple. Bishop Kenneth Phillips led us in a firey time of vision and dreaming, as he preached the prophetic message that helped us get a fresh start.  He said that God led us out into this "field of dreams to build this fortress of faith and bastion for the BLOOD!" Wow!! Who could not be inspired?!
As we rounded the corner of the new millenium (the year 2000), we were excited and shocked to find out that Y2K was an alarm that never really seemed to manifest the magnitude of apocalyptic happenings that were prognosticated. But in 2001, on September 11, we were startled with the attack on our World Trade Center, Pentagon, and Nation as stunning events began to unfold. Forever our nation would be changed.
Our church also began a new season with new staffing and prayer. We were born out of that with our visit to Bethany World Prayer Center in Baton Rouge, Lousiana to hear the vision of small groups and structuring a church for revival.
The next two decades came and went. Many were reached with the Gospel Message. Many came and went. Some were born and some sadly died.
Now we come to the middle of 2022 and look ahead to what is next. We realize that our time left in Muncie is much shorter than what we originally had.
Our assignment has been thrust upon us by the imperative of the hour. We believe we have the message for the hour for the next few years. It is not one that we sought to embrace. Much of its content we did not know existed, until we did. How can that be?
The Gospel has always been the GOOD NEWS of Jesus' mission to seek and save the lost. But this is not just adding up the individuals that receive and obey this great Gospel, but the complete redemptive work of Christ that will culminate in a New Heaven and a New Earth.
Many want to preach this message in a separate compartment from ongoing reality. They want to act as if the message has nothing to do with the current political or cultural climate. They suggest that we only make nice comments and stay away from anything that might be controversial to the sinner's way of life.
But Ruth and I feel that we have been called to deliver the full counsel of the WORD of God for our remaining time. This means that the positive message of the Gospel will include the negative backdrop of of the times. We will address politics, culture, relationship, and life in general and specifically. This may make many uncomfortable. However we believe that it will please God and provide a harbor for the seeker of God and TRUTH to lodge, be nourished, sustained, strengthened and EQUIPPED for the days ahead. God may speak to your heart to come be with us for such a time as this.
Maranatha!
< Back